It’s a breeze to catch a cab on the Las Vegas Strip. But there’s nothing like being able to walk from your South Strip condo to the city’s hottest attractions. Recently the south strip has sprung to life with exciting new places to chill, play and be entertained. All of the most in-demand South Strip condos, such as Panorama Towers, MGM Signature, Mandarin Oriental and Vdara, are now located less than a block away from Vegas’s newest thrills. Here’s a primer on what’s new on the South Strip:

Sports and entertainment fans have long awaited a world-class stadium facility on the Strip. On April 6, 2016, it finally arrived in the form of the LEED Gold Certified T-Mobile Arena. This glistening architectural wonder is located in the heart of the South Strip, between City Center and New York New York. With seating for up to 20,000 fans, T-Mobile Arena is the perfect place to catch everything from a Gwen Stefani concert, a Garth Brooks or Barbra Streisand show or a UFC fight.  The arena is easily walkable from City Center's premier condo buildings - Mandarin Oriental, Vdara and Veer Towers.

Vegas has always been a golfers’ paradise, and now you can get your swing on in climate controlled luxury right in the heart of the South Strip. Located inside the MGM Grand  near the Signature MGM Residences, Top Golf is a four-story, indoor golf mega-plex that features 108 hitting bays, two swimming pools with cabanas, a concert venue with room for 900 fans, multiple private meeting rooms and event spaces, five bars and a chef-driven culinary menu. The golf facilities are family friendly, and if you forget to bring your own clubs don’t sweat it, because Top Golf always offers complimentary clubs, for righties and lefties both.

In June 2016, the NHL announced that it would bring the city of Las Vegas its first top-tier professional sports franchise. Pro hockey in the desert sounds amazing, and the games will be hosted in the incredible new T-Mobile Arena. Outfitted for the hockey games, the arena will offer seating for more than 17,000 fans, including 44 luxury suites, two party suites, more than two dozen private Loge boxes, and the ultra-chic Hyde Lounge, which offers a club environment hovering above the arena for a truly unique viewer experience.

The Park is an answer to a question Las Vegans have been asking for a long time: where is a space for people to enjoy the Strip outdoors, away from the casinos, at their leisure. Located right beside New York New York’s iconic Brooklyn Bridge, The Park extends from Las Vegas Boulevard all the way to the entrance of T-Mobile Arena. It provides an enormous, landscaped outdoor area for socializing, wandering, relaxing and people watching. Street performers and local artists are on site offering aesthetic experiences for passersby. And there are more than half a dozen unique culinary options available surrounding The Park as well, including Beerhaus, California Pizza Kitchen, and the Japanese-inspired Sake Rok.

Thanks to all of these great new features, Las Vegas’ South Strip condos are within walking distance to some of the hottest destinations in the city. And more exciting new developments are on the way, meaning if you're considering a condo in Vegas, the South Strip is definitely one place you'll want to check out.

Though not guaranteed, information and statistics in this article have been acquired from sources believed to be reliable. 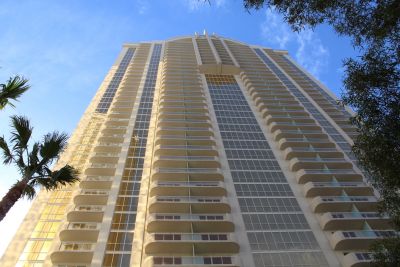 RESIDENCES AT THE MGM GRAND Condos For Sale! Veer Towers rise from the heart of CityCenter, a stunning urban center that combines residential living with retail, dining, and entertainment. Like everything in Vegas, these artistically designed Las Vegas highrise condos were built to stand out. The two identical leaning towers are 37 stories tall and are tucked between the Residences at the Mandarin Oriental and the Cosmopolitan, Aria, Crystals shopping center and Vdara.

Interior living space ranges from 537 square feet for the ... 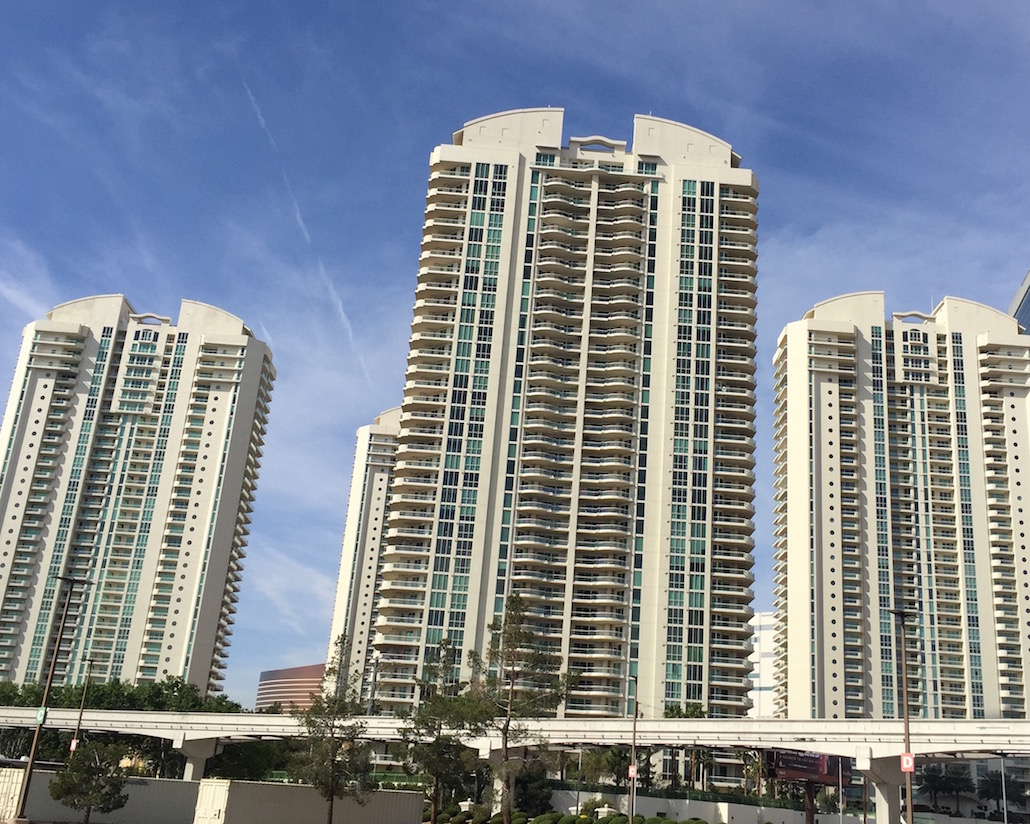 The 89109 zipcode covers the east side of the Las Vegas Strip from Sahara Ave. to Tropicana. Though most of this area consists of hotels, there are some great highrise condo buildings to consider. Live in Mandarin Oriental condos and you're living in the lap of luxury in the heart of the Las Vegas Strip. These upscale penthouse condominiums are situated within CityCenter, a prestigious urban center that integrates residential living with entertainment, dining, and retail. The condos occupy the upper floors of the luxury five-star Mandarin Oriental Hotel.

Note: THE MANDARIN ORIENTAL HIGHRISE HAS BEEN REBRANDED TO